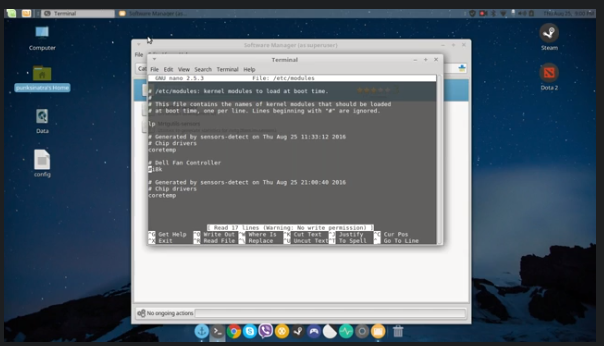 Last month I decided to upgrade my Dell laptop to Linux Mint 18 (Sarah) from Linux Mint 17.3. I have been using linux mint as a daily driver for that laptop and so far I have no issues with it until after upgrading to linux mint 18.

The fans on my laptop kept running at full speed even if its idle. A quick google search and I found out that I am not the only one having the issue. It does seem like it is a common issue with Dell laptops not just the model that I own and it is not specific with linux mint as well.

I did try to configure a lot of things including changing settings in acpi to linux but that did not seem to help. I found out about i8kutils during the process but after installing it, the fans just stopped working for a few seconds then went back to it’s merry own way of running at full speed.

Please watch the video below on how I fixed the issue for my machine. It might or might not work for you but it is worth a try anyway. This might also work for other Dell laptops not just the model that I have. If it does work for you please leave a comment here or on my youtube video and please state the dell laptop model you used it on to help other people.

My config file below (i8kmon.conf)