So I woke up today and turned on my desktop… 2x120mm AIO fans unusually running at full speed. I check speed and fan and my processor was burning. So I turned off my desktop and quickly checked inside bios and found out that the pump was not reporting any activity. I switched the pump fan header to a different fan header on my system board and turned on the machine. Result = SAME

My tower before the pump died So I took out the OEM Intel fan that I had and quickly installed it hoping I would get the same result (hoping that the AIO pump was not dead) but viola the system temps were back to normal. So as it stand my Deepcool gamerstorm 240MM AIO pump is dead. The fans run but the stupid pump is dead. 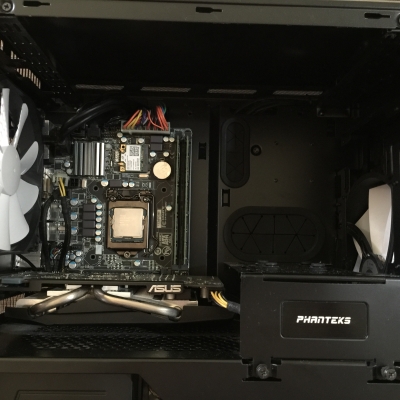 Oh well the system is now back up to normal using the original OEM Intel fan. I am thinking of keeping it this way for a bit since I am due for a system upgrade soon and I only usually do light gaming on the desktop anyways (Dota 2) and thats about it. I mostly use it for torrents and watching movies on my TV. 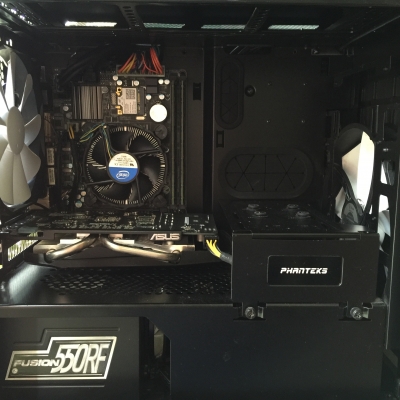 Damn deepcool it’s so sad to see it die but you can’t have it all. I’m going to include it on the desktop set that I am selling (Intel E7400, 4gb corsair ram, Asus P5Q SE Plus, Coolermaster PSU and a broken 9800 GT) Hope someone buys it and I am going to use the money to buy WD NAS Reds.